The owners of the Ascot stud at North Toolburra near Warwick took volume buyer honours with an outlay of $124,488 for 14 females at an average of $8892 and to a top of $16,000 at last Wednesday’s Millah Murrah Angus stud cow sale at Bathurst.

Their investment was part of a massive injection of buyer enthusiasm, which saw stud principals Ross and Dimity Thompson and family clear all 112 stud cows to average $7960, representing a new Australian Angus female sale record, the third record for the family in three years. It is also believed to be a national female record across all breeds for a single vendor on-property sale.

Assisted by Mike Wilson Stud Stock and Bloodstock, Mr Wedge said they had the pick of the Millah Murrah spring-drop “F” heifers in a private sale last year, and were very impressed with the entire Millah Murrah female herd.

“We were chasing higher volume, bigger capacity cows that will join our existing stud Angus herd,” he said. Confidence in the Millah Murrah breeding program was evident when a total of 109 registered buyers from four States pushed the cows to a high of $28,000.

The sale draft included every active registered Millah Murrah female born before 2010, with the vast majority of the cows aged between 3.5 and six years. Despite their relative youth, the females carried an extraordinary combined production record.

After the sale, a visibly moved Ross Thompson said from the rostrum that it was the highlight of his cattle breeding life and the continuation of an extraordinary run of market acceptance for the Millah Murrah stud. “This sale is a massive vote of confidence in the future outlook of the Angus breed in Australia,” Mr Thompson said. 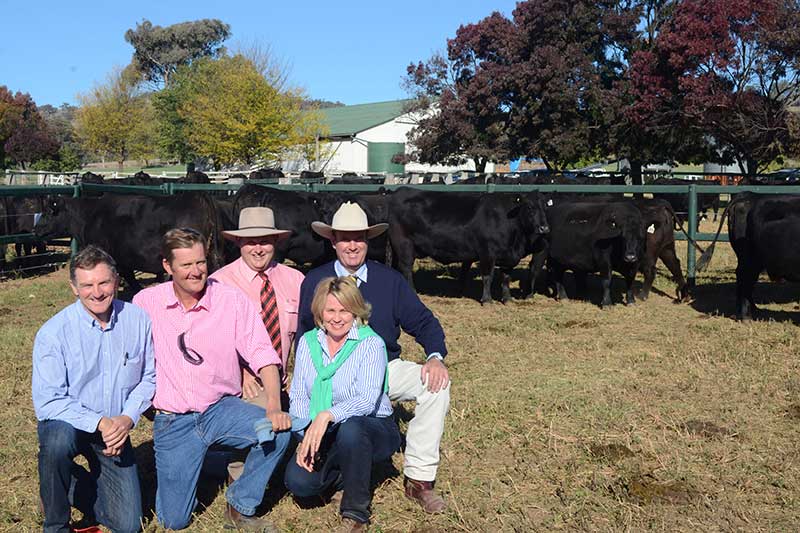