Two stud sires were purchased from the Paringa stud in Victoria in April & one sire just recently from the Rosedale stud In NSW. Both bulls were the sale toppers at each respective sale.

“At Ascot we are aiming to produce sustainable genetics so the cattle industry will be accepted more readily by the consumer & sustainable for the longer term. By this we mean we want to breed bulls that will produce progeny that will be polled so no dehorning is necessary (no pain for the animal), they calve easily & grow & finish quicker so they can be turned off sooner making the commercial producer more profitable.”

These new stud sires have been selected as out crosses to our existing breeding program that fit these parameters.

We test the majority of our Charolais progeny now for the homozygous polled gene so in time nearly all of our herd will have this gene so we can sell far more bulls with that gene.  The commercial producer will get these benefits as well as having bulls with fast early growth, good weight for age at an early age & the ability to lay down fat quickly on pasture on in the feedlot. 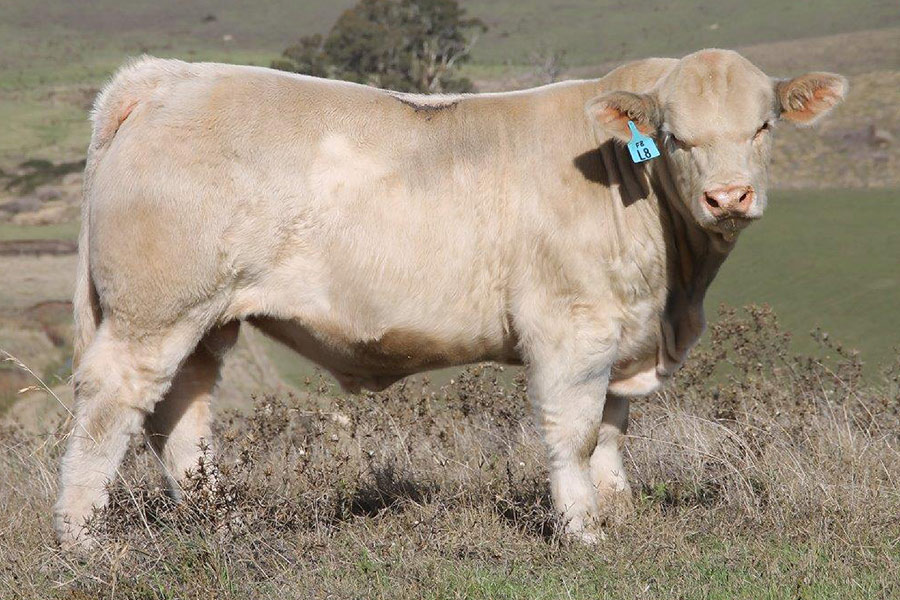 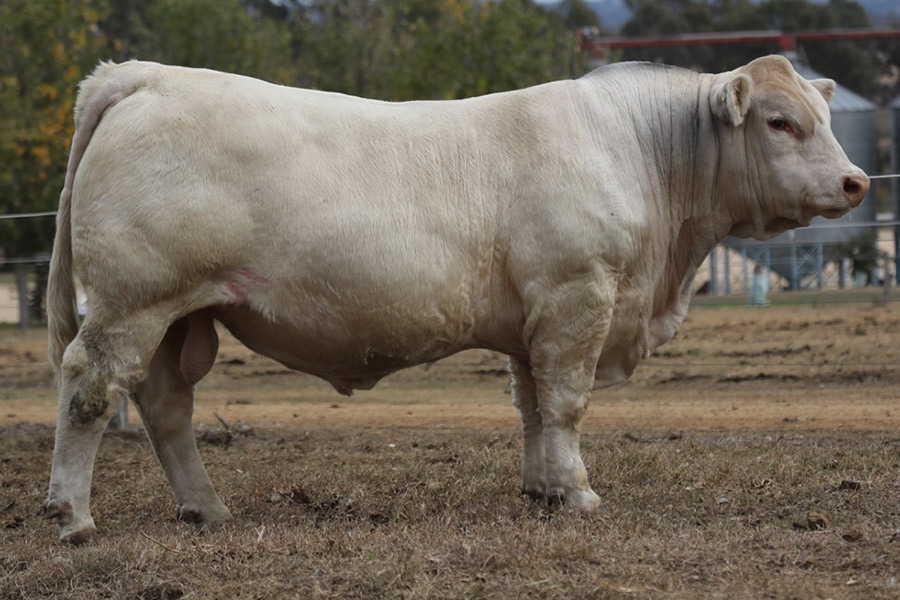 The bull purchased from the Paringa stud in Victoria weighed in at 840 kgs at 19 months of age off grass which demonstrates his ability to put on weight at an early age. He is a moderate framed, early maturing bull that has the ability to lay down fat easily.

Just what the feed lotters are asking for. Being in the top 1 % of bred for 200 & 400 day growth EBVs on top of being homozygous polled was a big attraction.

As well as being DNA tested for the homozygous polled gene he has good soft hair & skin type which will also suit the Qld environment.

The Ascot sale is on the 23 rd September & will feature 50 angus bulls & 50 Polled Charolais bulls many of which will be homozygous polled.